Testimonies from the Moment of Impact

Monday evening, August 4th, one of the largest non-nuclear explosions in history hit the port city of Beirut, Lebanon. The blast, caused by 2,700 tons of highly explosive ammonium nitrate stored in the port, devastated the city, leaving 200 dead, 6,000 injured, and 300,000 homeless.

The blast in Beirut triggered an unprecedented triple crisis in a country already struggling with an economic collapse after anti-government protests last October and further effects amid coronavirus lockdowns. With nearly one in four people in the country Syrian or Palestinian refugees (there are 1.5 million Syrian refugees in Lebanon alone), rebuilding will be a long and painful journey.

Similar to being in New York during 9/11, the explosion will leave an indelible impact on those in Beirut at the time. Many continue to suffer from Post-Traumatic Stress Disorder after the terrifying event. Horizons staff began to share their stories as they witnessed God’s incredible hand of protection.

“The morning it happened, I had decided to meet a friend at the gym. I settled down in a chair to wait for him near the glass walls of the building. Strangely, I felt uncomfortable there and decided to move to a seat farther from the window. A few seconds later, everyone in the gym heard a booming sound and the glass around us shattered. A girl sitting right where I had been had the window explode in her face and cut her badly. I was also cut deeply, but thankfully only on my right arm and leg. Nauseous and bleeding, I searched for my friend. We found each other and started driving to the hospital in his dad’s old car. All the roads were closed, but through God’s leading, as we wove around the back way we ran into parents trying to take their severely injured children to the hospital. We packed the kids in the car to come with us. It was a hot day; we were all sweating and the car smelled like blood. Usually that car couldn’t handle going uphill even with only one person, but we made it up steep hills to the hospital with four people in the car! God truly covered me in his hands and saved my life. I could have died, but instead I grew to trust God more.”

“That night I had planned to bring rent money to my landlord’s house near the port. At the last minute, God pulled at my heart to stay home and pray, so I called her and cancelled. As I sat down to start praying, an explosion went off. I freaked out and looked outside to see what was going on and saw red flames rising. I backed away from the glass as the TV and doors began rattling — our whole building was shaking. Then the second big explosion hit. I thought, “We are dead. We will turn into ashes!” When things finally settled from the impact, I ran to make sure my mom was okay. She was afraid and thought our building was being bombed, so we clung to the wall. We tried to call my dad but phone service was down. We waited helplessly until it came back on and ensured he was safe. If I had gone to pay the rent and hadn’t given importance to God’s voice inside, I wouldn’t be here to share this testimony. It is truly a miracle; every room in our apartment complex has broken windows except ours.”

Below Charbel Msallem, the Horizons Director of Media Production, shares his story.

“I was in my car, heading back from my day’s work at the Horizons studio when I first heard it. A small explosion in the distance was instantly followed by a deafening blast, and suddenly, glass everywhere shattered and the buildings surrounding us collapsed. Everyone around me started running, screaming in panic. I sat frozen in my seat, dazed and afraid. Though my car had collided with the vehicle in front of me, I was totally uninjured.

Waking up to the reality of what had happened, I quickly made my way to my parents’ house where my kids were staying. As I entered the apartment complex, I got a call from my brother. Picking up, I heard him scream “Brother, come save me! I’m completely covered in blood. I’m on the streets and I don’t know what to do!” Then, over the phone, I heard a few strangers approach him, lift him into their car, and drive him to the hospital. He was rejected by four congested hospitals before I caught up with them and transferred my brother, now bleeding profusely, to my car.

“O God,” I prayed as I drove frantically to another hospital. “Please don’t let my brother die.”

We finally reached a hospital that had room to take him. Carrying him into the emergency room, I was stunned. The place looked like a slaughterhouse, blood flowing all over the floor and walls. Around me people were screaming in terror — a kid who lost his finger, another with a piece of glass in his neck, another who’s shoulder had been chopped off. As they treated my brother, I made a hurried call to my kids. They were in shock, screaming for me to come be with them. I cannot describe the terror of that moment.

After an hour and a half, the doctor told me they would have to operate on my brother immediately. There were several pieces of glass stuck in his brain as well as larger pieces embedded in his body. Four hours later, my brother had 49 stitches on his head and 70 more on his body. He had been in his office when the explosion happened, and the large office window above him shattered, killing his coworker and landing directly on him.

I am thankful for the Lord’s protection over me and pray that He will have mercy on the people of Lebanon during this tragedy.”

“I was traumatized for days after the explosion. I couldn’t eat, and couldn’t sleep for the following four nights. To this day I can’t get the screams of the people out of my head. Still I will proclaim that the Lord is good, and He will turn our mourning into joy.”

“I was in my house when the explosion hit, less than three miles from where I live. There was an extremely loud sound and the whole building shook. I thought Beirut had been bombed. I just stood in the middle of the room thinking, ‘I should have a plan if there are more explosions.’ I started calling my neighbors (who live in the same building), but I could not get through. I messaged another friend, and she sent me a video from her home. It showed a massive cloud of smoke rising from downtown Beirut. At this point I messaged my family and friends and asked them to pray. After a few minutes my neighbors answered, and then the whole family came down to my house.

“Three days before the explosion, I moved into a new house. I have to be honest, I did not want to move. The whole month before we left, as we were looking for a new house, and even the last before I left I kept praying, “God, please let me stay in this apartment.” But God clearly said no, and so I left. Then the explosion hit, and my new apartment was completely undamaged. Then people sent me pictures of the old building and of the old apartment, and I was shocked. The huge windows that face in the direction of the explosion were blown inward and smashed to pieces. I would have been extremely dangerous if I had been there at the time of the explosion. So I want to thank God for answering my prayers in a way I did not expect.”

“My husband and son were fishing near the port. They heard a very loud noise and started running. All the other fishermen standing next to them died—they alone survived. It was a miracle!”

“My family was eating dinner when our building began to rumble. Suddenly the glass broke and some of the ceiling collapsed. After escaping to the parking lot, we started going up and down the stairs to make sure our neighbors were okay. I felt very scared. After the explosion God told me to read Isaiah 41:10 “Do not be afraid, for I am with you.” I prayed, “Dear God, please help the glass not to break again. Help me not to be afraid. Please fix all the windows in Beirut.” 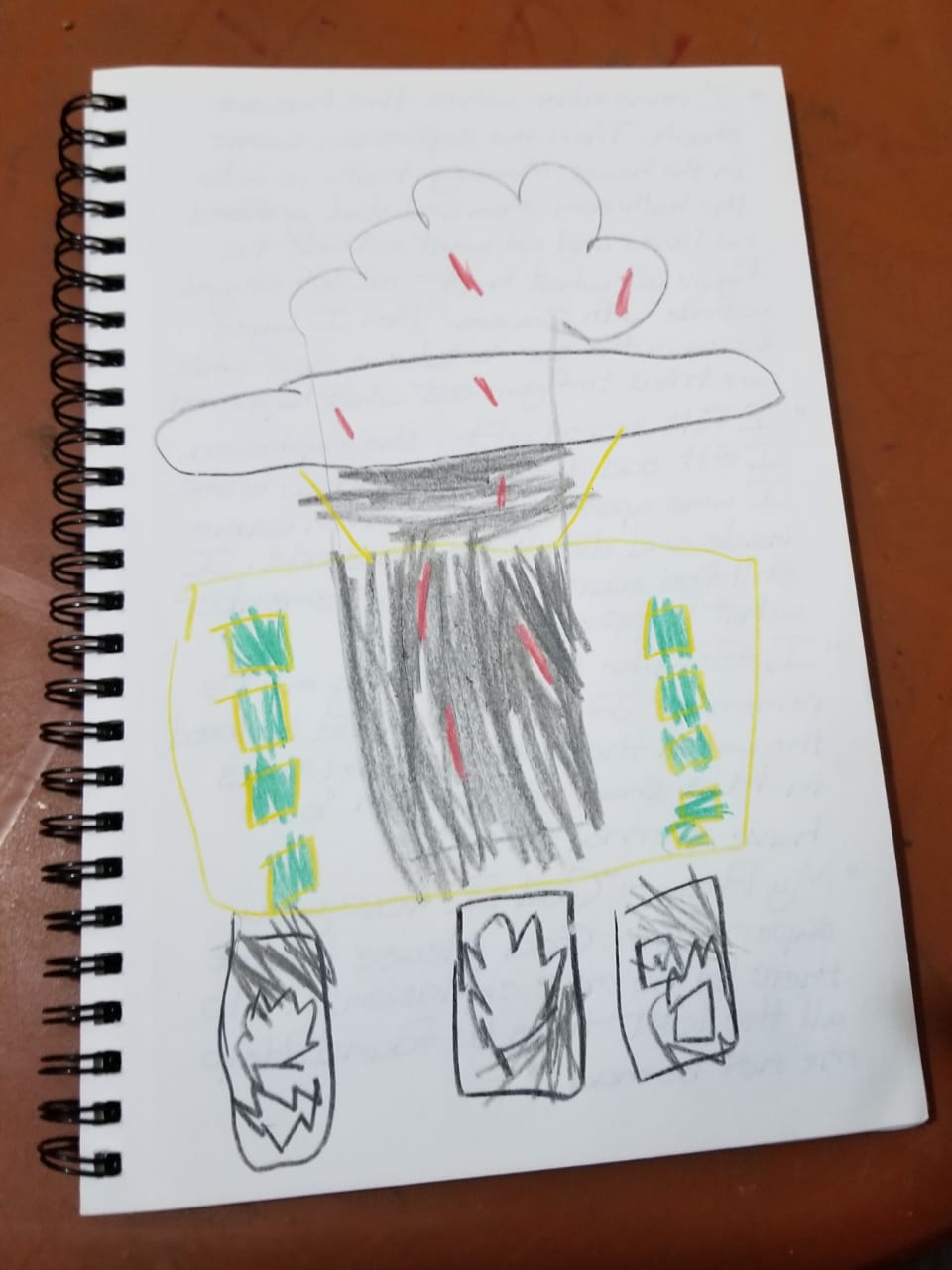 “I felt scared after the explosion, especially since the explosion came inside and didn’t stay outside. I felt sad that the windows broke. I’m still scared when I think about hearing the house shake and running into the bathroom with mom to stay safe and then having to go outside to figure out what happened. I prayed, “God, I love you super much. Please make there be no more explosions. Help all the lost toys be found. Help me not be mad.”

“I had just turned on my gas stove and put a pot on to start cooking dinner Monday night. I had walked over the sink to wash some dishes when I suddenly felt the ground violently shake. My first reaction was to wonder, ‘Is there an earthquake?’ To be honest, I was a little afraid, but I didn’t have time to react. I heard Joy shout “explosion!” and duck down from the window. I followed and knelt on the ground with my head in my arms. Then there was a huge bang, and I could hear the screams of women and children. I knew it must have been something terrible, but I could only kneel down and pray for the Lord to have mercy on the people. After a few seconds, the explosion was over. I looked up through the window and could see a big red cloud in the sky. By God’s grace, nothing in our apartment was damaged. It wasn’t until we went outside that I saw the glass everywhere and broken doors and realized how powerful the explosion was. Still, whenever I hear a big noise, my body instantly becomes nervous and alert. I am so grateful we were protected by God and had peace in our hearts.”

Horizons Lebanon, headquartered in Beirut, suffered damage to our ministry centers. Many of our partner churches are still repairing broken windows, smashed rooms, and debris.

Please pray for recovery for the injured and traumatized people of Beirut, for the rebuilding of the city, and for shelter for families in need. Pray also for the gospel to impact many lives as Horizons teams minister to the city’s residents.