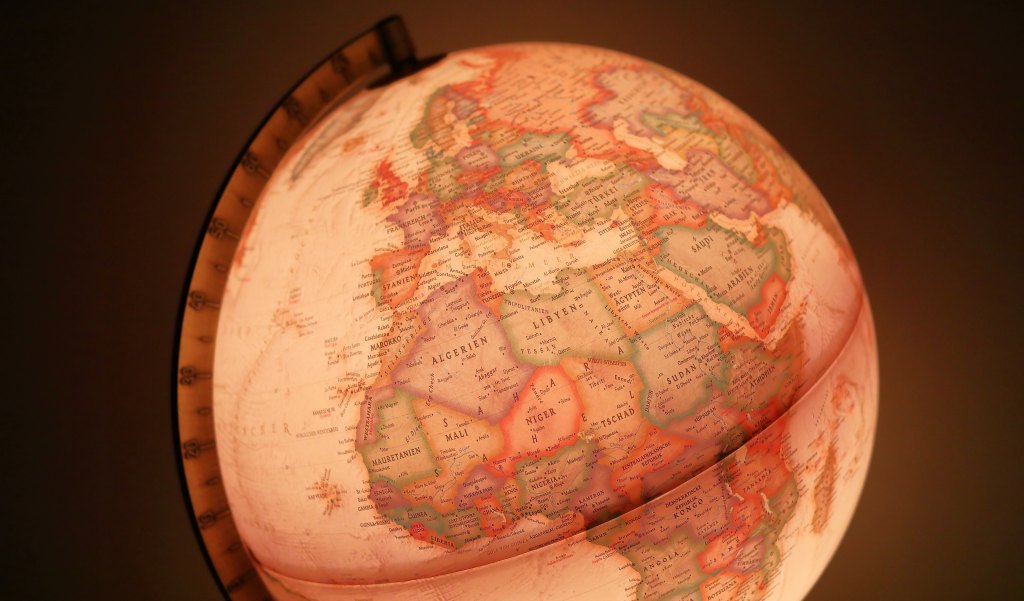 Pastor Barry Illunga serves as President of WOTA Ministries, which ministers to Zambian communities by providing educational and job placement services, building critical local infrastructure, and sending missionaries to the neighboring countries of Burundi, Congo, Sudan, Mauritania, and Tanzania. Horizons partners with WOTA Ministries through Sambah Naturals, a for-profit company that generates capital for the ministry and other projects through sustainable essential oils and honey production.

André Houssney, son of Georges Houssney, partnered with Pastor Barry to organize a coalition of local farmers, ministries, and co-ops that transition large farms away from producing low-profit food crops, and toward higher-profit essential oil crops such as lavender, lemongrass, tea tree, and sweet basil, as well as bee-keeping. In 2007, Sambah partnered with 1,200 farmers, and in the last decade has multiplied their average annual income from $75 to over $1,000—putting them well above the UN’s poverty threshold of $2 per day! With resources and capital generated by Sambah, God has used WOTA Ministries to both spread the gospel and invest in significant improvements to local community infrastructure:

In 2018, WOTA Ministries received approval from the Zambian government to develop a curriculum for implementation in public schools across the country. This curriculum blends education on leadership, management, and Christian spiritual development. Implementation will require extensive growth, since it requires a capable facilitation group at each school, comprising 3 school employees, 3 parents, and a facilitation leader. Pray for WOTA as they develop a facilitation manual, and seek out capable facilitators, to help local groups manage the curriculum’s execution at their schools.

The S family family lives in a Muslim-majority country in North Africa, where they direct an English language school. Over 90 students per semester attend language classes and attend holiday celebrations and activities designed to help Christians build relationships with students. These relationships often result in opportunities to share the gospel. Additionally, the school’s Christian staff members often meet with students socially, which allows for more opportunities to share.

In a country that is over 95% Muslim, Christian evangelism is illegal and discipleship is a difficult task. Ten years ago there were only a few believers in the S family’s region, but now there are approximately 40-50 brothers and sisters in Christ. So although the growth is gradual, they are excited to see this fruit. Currently they help facilitate gatherings where a mature believer mentors newer ones in the faith. The focus is to gain a better understanding of the complete story of the Bible.

This semester after hearing the good news, a couple of students wanted to read God‘s word! Please pray for them, as they continue to read and search for truth in a country that is hostile to Christianity.

However, some challenges are that the Old Testament has not been translated into the local language, partly because the local language is an oral rather than written language. In addition, at most gatherings 3-4 languages are used to read, study and discuss God’s Word. Also a lot of fear remains. Brothers & sisters are afraid of losing family, friends, jobs and their freedom due to persecution, as well as governmental restrictions and control.

Please pray for all those in this region, that even though there are challenges…they would be strong and bold in their faith, love God with all their hearts, understand his word, love and trust each other, and share His great news with others so the church will grow and multiply across this region, regardless of the cost!

Egypt is a very difficult place to be a Christian, and even more difficult to be an evangelist. Although Egypt is home to the largest number Christians in the Middle East—roughly 5-15% of Egypt’s population—they are frequently persecuted because of their faith. The majority of Christians in Egypt are Orthodox, but there are nearly one million evangelicals as well. Open Doors ranks Egypt sixteenth on the list of most persecuted countries in the world.

Horizons International operates two lighthouses in Egypt, with each center reaching and caring for around 200 widows and orphans. At the lighthouses, our local partners frequently host events with messages and gifts for those who attend, all of whom are Muslims. These outreach events “break the ice” and form acquaintances that can evolve into discipleship relationships.

Currently, Horizons Lebanon staff members travel to Egypt to train local pastors and members of the church in order to strengthen them as they minister to their communities. Staff members demonstrate how to share the gospel clearly and directly to people from a Muslim background. Last November, a Horizons mission team organized a conference for 55 pastors called Approaches from Engaging Islam. Additionally, in July 2019, Horizons’ Director of Missions Expansion, Brother Hanna, led an intensive discipleship training event for a group of believers from Muslim backgrounds.

Two Horizons International staff members, whose names cannot be revealed, currently lead a church plant in a North African country, with a congregation of 15-20 believers. The country they live and serve in is heavily Muslim-majority, and Christian evangelism is illegal. The country is also not hospitable for Christian converts, as many of them experience serious persecution daily.  Although a church with 20 believers sounds small, this precious gathering represents a monumental step for Christianity in the country.

In July, Horizons International will be hosting a discipleship conference in this country, attended by 14 local people and 6 from a neighboring North African country. Some of the attendees are potential candidates for 6-month or 1-year internships with Horizons’ Middle East Center in Lebanon, to strengthen them and prepare them to be sent back out as field workers in their home countries.